I spent the past 10 days in the Washington DC area, visiting some friends. Of course, news of the inauguration of Donald Trump was everywhere. While I was gallivanting through the city, platforms were being set up. Roads were blocked. Police were everywhere. So many portable toilets.

And, of course, I took the opportunity to make some work. I always try to make a narrative when I travel some place, a little something that isn’t too deep and something I don’t have to explain or think too hard about. So, here, have a little narrative, in honor of my country:

Bless my homies Sean and Dana, for posing in really tourist-y style photos and letting me Photoshop oranges over your faces (even though I do love the ridiculous faces hiding under the fruit…)

The last image, of the swear-in, was taken from Google. I added the oranges, of course.

I also took out my Polaroid Sun600 and shot with the orange and black Impossible Project Film, to make some “orangescapes.”

I’m not happy with who we have as “president.” I’m actually terrified. I cried for a long time after the results came in, and not just because who I wanted didn’t win the election. I’m scared for my future, the future of my friends. I’m afraid my rights will be stripped from me, that I will be less than a citizen. I’m appalled that this nation elected a RAPIST to be our leader, and, quite frankly, when I see Donald’s face I feel sick to my stomach. And we have to survive the next four years, some how, some way.

Making art is part of my survival tactic. I’m in a position where I can do that– but do not get me wrong. This is not some romantic “suffering makes art” bullshit. This is my way of surviving. I’m not a martyr, I’m not making myself out to be some victim. I’m just trying to live, and the only way I know how is to create.

So, there you have it. I hide behind humor to mask my pain.

The nice thing about road trips with friends is you can bring awesome outfits for them to wear in national parks and ask them to change in the middle of the mountains.

Which is exactly what I did with my friends, Sean and Dana.

I was going for a kind of antiquated look, thinking about how time passes us by and how small we are in the scheme of things, how young we are in the presence of mountains.

When I travel, I like to create a narrative inspired by the place I went. I’m super happy with how this little narrative turned out. Shout out to Sean and Dana who put up with feeling ridiculous when passing hikers were staring at us, for helping me carry the costumes, and for throwing themselves into it despite never posing for me before.

For months, I have been itching to go to the zoo to take photographs. When I saw Impossible Project’s [Animal] Skins Edition film, I knew I wanted to go to the zoo, probably with animal masks. It all snowballed from there. In like, a catastrophic avalanche of awesome.

I had seven wonderful people with me on this shoot, and each and every one of them looked absolutely ridiculous. We got plenty of stares. Just simply magical.

I was a bit nervous, thinking about the possibility of us getting in trouble for any reason, (not allowed to wear masks in the zoo? maybe?) because I had been prepared for this for forever and I didn’t want anything to get in the way. Imagine, having this idea in your head for months, gathering the things you need, and then BAM! Just kidding, no photos for you.

Me and my clique were standing in line to get our tickets, and there was a table of Zoo-Worker-People nearby, like some beneficiary group or whatnot. And they were staring us down. We were a little nervous, but when they smiled at us, we calmed down. But, just as we were walking up to get our tickets–

That was it. It was game over. Goodbye, hopes and dreams.

It was one of the ladies from the table. She walked over to us and said, “I just want to say, we really love your outfits. Your enthusiasm is great.”

I was expecting a “but, you can’t follow your hearts desire and shoot a really fun photo series in our land where the peacocks roam, because the gorillas will judge you and we can’t have that.” My heart sank, waiting for her to ruin my life.

Instead, she continued, “We love it so much, we’re going to give you free tickets to the zoo today, and a free lunch!”

Moral: Dressing up your friends as ridiculous as possible definitely has its merits.

Our lunch was in the event tent thing, I assume for beneficiaries, and we got plenty of dirty looks, but we also had people coming up to talk to us, asking what we were doing, telling us they loved our outfits, and got their picture with us. It was awesome. Some kids also wanted their picture with my posse, but they were so shy and they were standing like 5 feet away from the group. I can’t even with the cuteness.

Every now and then, it’s important to play. Doing a photo shoot just for fun without any deep conceptual meaning was refreshing, and just what I needed before heading off to graduate school in the fall. 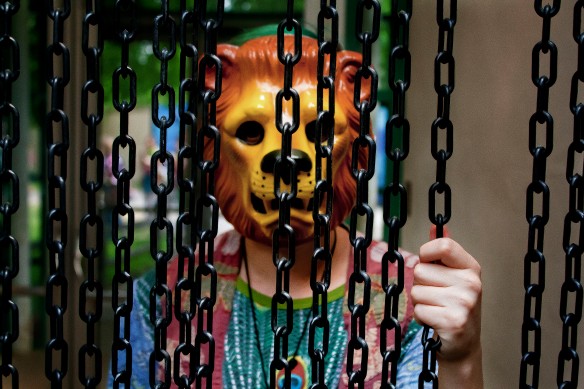 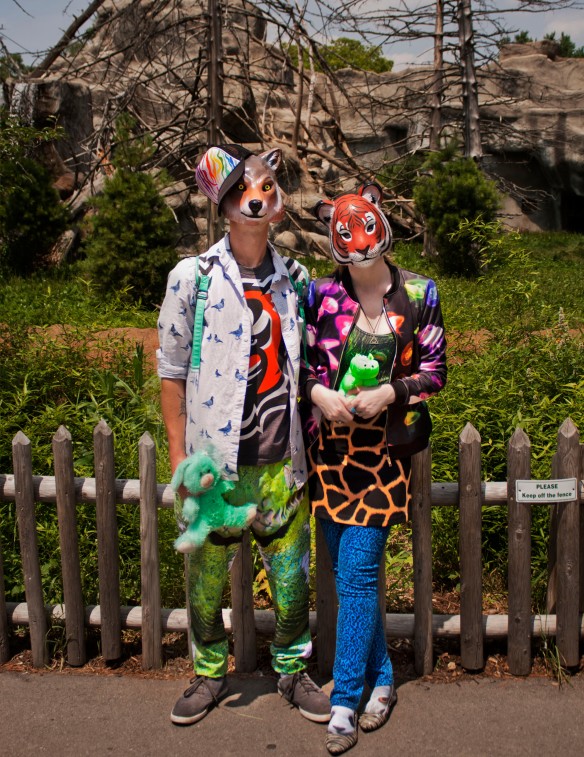 So remember when I was in London, oh, five-ish months ago (oh goodness it’s been that long?) Well, y’all know I made a few bodies of work, and y’all also know that I’ve kinda released a couple of said bodies of work a bit after my trip. Well guess what? I have more for you, and it was the series I created that I was looking the most forward to.

Here are my Colors of London: 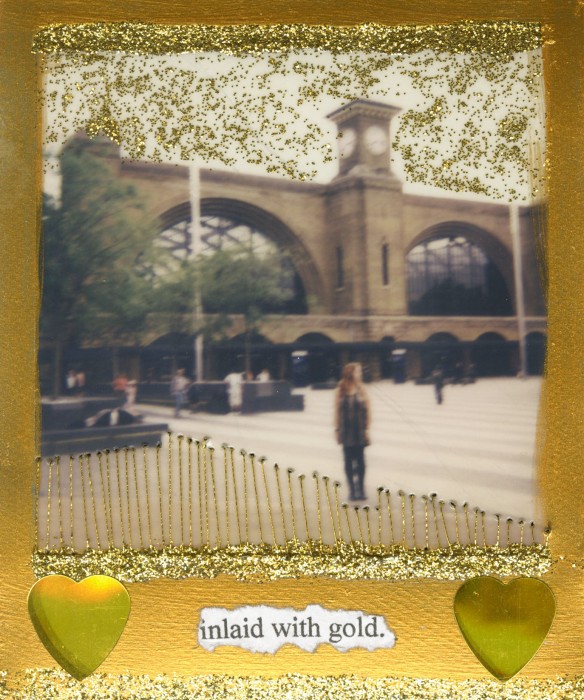 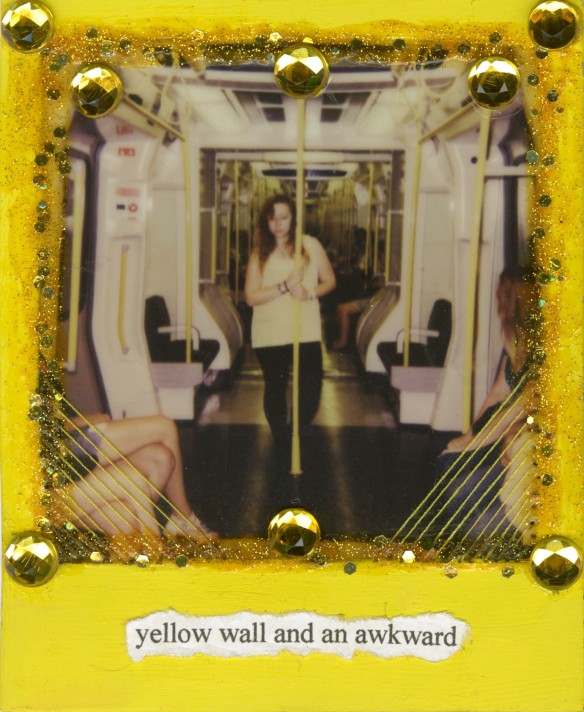 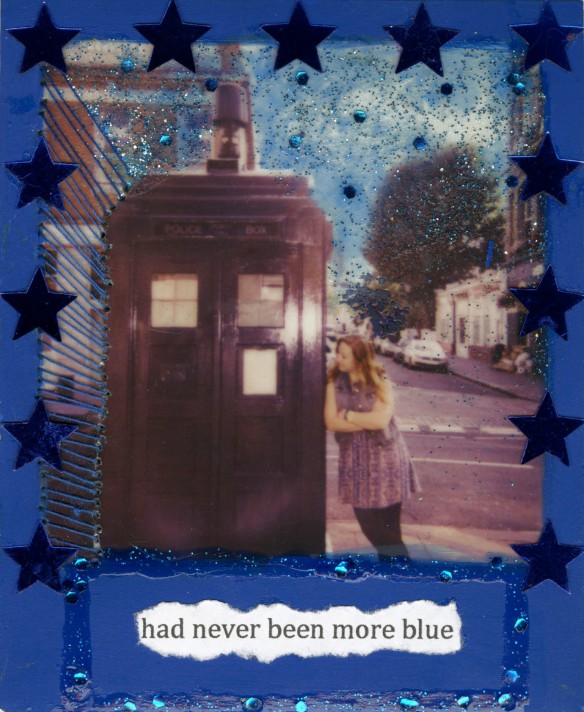 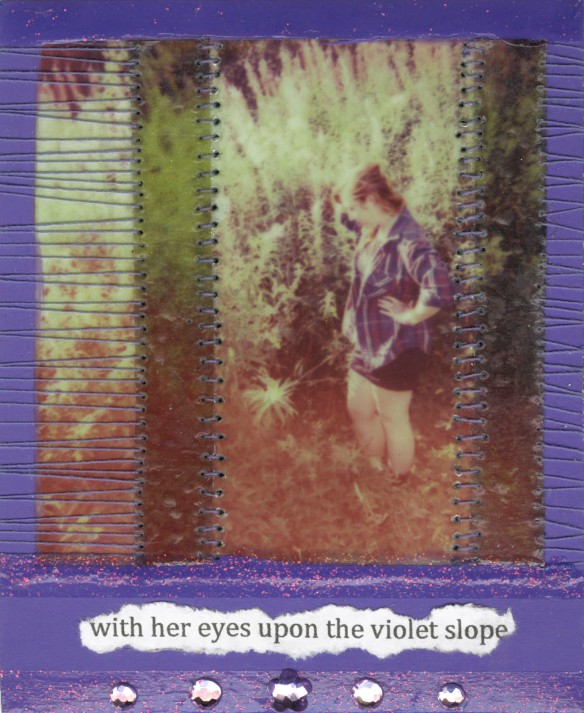 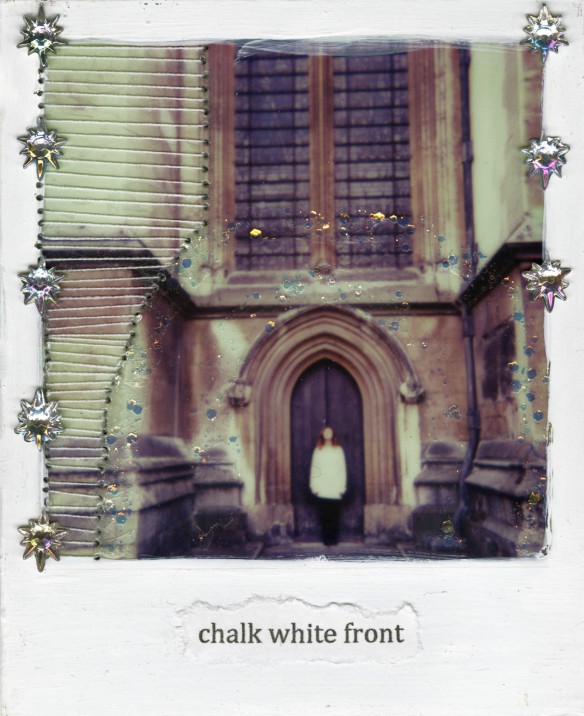 I decided in spring 2013 that I was going to study in London the summer of 2014. Once my mind was set, I got to brainstorming, and this series was the first one that came to mind. I told my friend and model, Becca, about it and she was like “HeCk YeS!” and so we spent a couple months going back and forth on who was going to bring what color shirts. Ah, the logistics.

Then we spent a couple of days doing marathons around the city of London to get photos. Man, we were tired. Bless Becca for the craziness of those couple of days. Bless bless bless.

Yeah, not entirely sure what the nailpolish and thread and other embellishing is all about, but it was the idea that I had so I just kinda went with it. And the random words? Those are parts of Henry James short stories/novels. Let me tell you, it was a fun time trying to find the word “orange” in his work. Also, the word “teal” wasn’t used as a color in the English language until after 1920– the more you know, I guess?

We studied James in my classes abroad, so those are sort of relevant. And, when you read all the photos one after the other, you get a fun little narrative that has nothing to do with the images. Because I like messing with people.

One of the most frustrating things about photography is when your vision doesn’t quite match up with reality. These moments are learning experiences, but still, they’re not something you’d do to have fun on a Friday night.

I’ve been playing around with instant film lately and while I was in NYC, I wanted to do a little shoot with Impossible Project’s Cyan Monochrome film. I even packed a moon for it.

But, I guess I’m not proficient enough in the art of Polariod/Impossible Project photography, because my images were just not coming out right. It was also probably the location of the shots too, because lighting is important my friends. But yeah. I scanned the images in anyway and played around on Photoshop to make them more visible.

In reality, the film isn’t contrasty and not as blue. If you’re interested and you want to see actually successful results, follow this link to the Impossible Project site.  I tried. I didn’t obtain the vision I had, which was a little disappointing, but I did get some cool results. Digital manipulation was involved to make these, so they’re cyanographs with a twist. A hybrid of instant and digital.

Never be afraid to share your mistakes. Some mistakes lead to greater things. And even though your vision may not work out sometimes, it might actually be for the better. Who knows!